When horses are broken in, they must receive clear and unambiguous messages, and the well-being of the horse must be top priority.

Many harsh words fell in the discussion which followed after a video of a practical demonstration of mine was brought into the open. The demonstration was truly not a good one, and consequently, harsh judgements followed. The chief veterinary surgeon in Iceland who was not in attendance at the demonstration, expressed her disfavour, and wrath can best characterise most of what has been written on the internet. Many of the unforgiving words people have uttered – some of them having been sent to me privately – are rather for the police to investigate than for the public eye. Most often, truth has been distorted, and misleading accounts of the demonstration in question, which have nothing to do with reality, have been given. In my opinion, great damage would be done to horsetraining if this sole demonstration and this video would have the effect that an ancient and well-known method to teach difficult horses to trust man would be denounced and even discontinued for good in Iceland.

I write these lines, not to coerce apologies from those who have got carried away in the discussion and even sent me threatening private messages. I realise that is not a realistic goal. Nevertheless, I write these lines in order to defend the approach in question, a method which is used when breaking in difficult horses, i.e. to lay them with a rope. I also want to thank all the people who have had the courage to speak their mind and defend both the method and me personally. In spite of all the negative discussion, I am still of the opinion that compared with many other approaches used in breaking in the most difficult horses, laying it down with a rope is a comparatively soft and effortless method, and that there is no reason not to use it in exceptional cases. I have never experienced that a horse, which I have trained in this way, has suffered either mentally or physically afterwards. Sadly, the same does not apply to many of the things that go uncriticised, but are widely done to horses both during training and competition.

My passion for training goes back to a very early age; at the age of nine, I broke in my first horse. I tried to read and acquire all the knowledge I could possibly find about horse training, and in my years of adolescence, I used my school vacations to work for many of the best horse trainers in Denmark. After school, I went to Iceland to work there with top grade professionals in the field. Likewise, I have worked with first class horse trainers in Germany, Norway, The Netherlands, Australia and Spain. I have taken the best of what I have learned in order to form a technique which I use both in training and teaching. As a part of this technique, difficult horses are laid down in exceptional cases. In actuality, the laying down of difficult horses represents only an small part and exceptional part of my work with horses; it has however, become the only thing people talk about in the discussion about my views and practices.

It is of primary importance to me that the horse always maintains its dignity and is confident, and that it is satisfied in our human environment. The horse’s natural reflexes, such as flight, fight, and attack, are of no use in this new man-made surrounding, and it is important to let the horse realise which rules apply, in such a way as to make it possible for both horse and man to experience mutual amity and respect. We know that the best way for horses to learn is through initial pressure which is then followed by release of pressure, also called comfort. The horse wants to learn and to respond to human signals/requests correctly. It is important for its well-being that it attains a simple and clear understanding of what people expect from it.

The desired result or goal is, of course, a contented, relaxed horse with a desire to work in partnership with its trainer. The well trained horse will approach man for security and comfort, instead of resorting to the natural fear based instincts of fight or flight. The horse that has not learned that the trainer provides security and comfort is doomed to a life of confusion, thus living in constant fear.

We must reach these goals through good, safe, and sound methods. We must never leave the horse in confusion for an extended period at any time during the training process. Therefore, it is vital to always give clear signals to the horse and repeat those signals until it completes the tasks you have asked it to perform. By this, I do not mean that it is justifiable to hurt the horse or use violence in any way.

Trust in an unfamiliar environment is important

When a horse lies down, it puts itself in a precarious situation which instinct tells it not to trust. I am nevertheless sure that as soon as the horse agrees to lie down, it instantly feels relaxed and confident towards the environment man has made for it. It learns that it is safe to put trust in circumstances which its innate nature says are dangerous. Based on my experiences, it is important that this is not done before the trainer has won the horse’s confidence, and the horse has come to accept the trainer’s leadership role. Simultaneously, the horse no more regards man as a predator or in some way a threat to its life and safety.

By no means is this method employed on all horses; it is only used in case of extremely difficult horses with a strong flight reflex. Most horses can be taught to lie down by signalling it with a whip and using the voice, but some horses react in such a way as to make it feasible to use a rope. The purpose of using the rope is to give the horse a clearer message and make the distinction between stimulus and reward clearer. The horse learns to lie down through essentially the same process as it learns everything else. It experiences pressure, looks for the easiest way to escape from it, and as soon as it finds the way, the pressure is relieved. At this point in time, the horse is neither giving up nor does it feel bewildered. On the contrary, I and many other trainers who use this method with difficult horses are of the opinion that the horses learn they have found a way to get out of a difficult situation. It is my opinion after having watched hundreds of horses in the subsequent days, weeks, months, and even years after they had been laid down with a rope, that this was one of the most important things they learned during the training process, i.e. to put unconditional trust in man.

Opinions are hard to prove

I met with chief veterinary surgeon Sigurborg Daðadóttir in an informal meeting and explained my views on this training method. The two of us agree that laying down horses with gestures is acceptable but we do not agree that the use of rope is acceptable and harmless for the horse’s mental condition. Sigurborg, as well as numerous other people who have commented on this affair, think that the application of a rope is violent. I and numerous other horse trainers around the world, as well as a number of people who luckily have also commented lately on this matter, disagree. It is difficult to prove either opinion.

During our discussion, the chief veterinary surgeon noted that she primarily based her evaluation on the recording of my demonstration at Gauksmýri. During that demonstration, I made mistakes for which I am solely responsible. I agreed to work with a horse which I had not prepared sufficiently given the locations physical constraints. Secondly, I underestimated the impact so many spectators might make on the horse. I must, nevertheless, emphasize that the horse was in no way hurt or injured. It rose with its ears pointing forward, eager to keep on learning. Furthermore, the owner of the horse is satisfied with the results and how the horse is doing, and is willing to bear witness to this at any time.

I was not aware that the said demonstration was being recorded. With short notice, I put myself into circumstances of the kind I have always tried to avoid, and I have only myself to blame. As a result, my reputation as a horse trainer, which I have built up around my training methods, has been severely damaged. It goes without saying that this saddens me deeply for I know that my work has often caught people’s positive attention, and I am very pleased with the numerous acknowledgements I have received as well as my success with many horses.

I am resolved to learn from this experience at Gauksmýri. I do, however, not feel that I have used wrong or harmful methods in the training of horses, or that I have treated them ruthlessly in any way. I am proud of my work in the recent years; I am proud of how I have worked with different horses all around the world, and I am proud of how I have taught the owners how to treat these speechless but charming friends. Therefore, I am determined to carry on the work to which I have dedicated my life—building and promoting strong and confident relationships between horse and man. 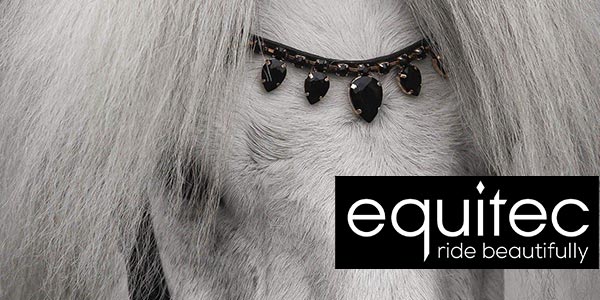 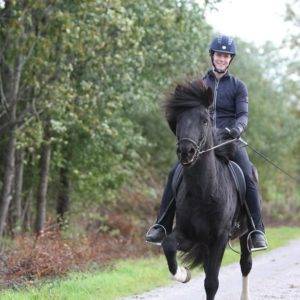 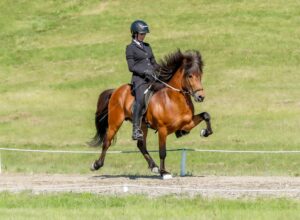